Manitoulin Phragmites Project a success in 2022

The Manitoulin Phragmites Project has been a part of Manitoulin Island for the last seven years, but with some major successes fighting the invasive plants this year.

Judith Jones who leads the project says the organization had some major accomplishments this year in fighting the tall, invasive grass including having Phragmites under control or eradicated on all the Lake Huron shore from South Baymouth to Burnt Island.

She adds almost all of the South Bay shoreline from South Baymouth to McGaw Point has also been cleared.

Jones adds major work has been taking part on the north shore of Lake Wolsey and around Julia Bay, as well as almost half done controlling a major infestation in Little Thomas Bay on Wiikwemkoong Unceded Territory.

She says she has applied for two grants and hopes to hear from them early next year to continue the work during the warm months of 2023.

Some statistics on the project:

In 2022 control and/or maintenance was done at 45 sites. The number seems lower than in

previous years, but we now count multiple spots all under control on one shoreline (like

Sheguiandah to White’s Point or everywhere in Julia Bay) as one site. Even with updated counting, there are now over 100 sites with Phragmites under control or eradicated.
The Manitoulin Phragmites Project, 2022, is sponsored by: The Habitat Stewardship Program (Environment and Climate Change Canada), Ontario Species at Risk Stewardship Program, Nature Conservancy, Canada Manitoulin Transport, Escarpment Biosphere Conservancy, Canada Summer Jobs, The Invasive Phragmites Control Centre, Manitoulin Streams, Wiikwemkoong Unceded Territory, and a host of private donors and local volunteers.

To volunteer or for more information, contact The Manitoulin Phragmites Project by mail at: P.O. Box 278, Manitowaning, ON P0P 1N0, phone: (705) 859-1027, email: [email protected] or on Facebook.com/manitoulinphrag . 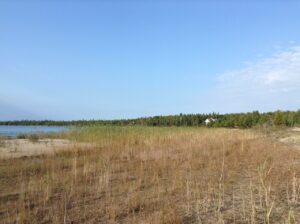 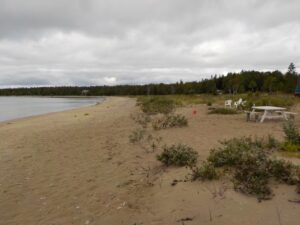 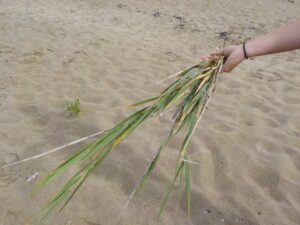 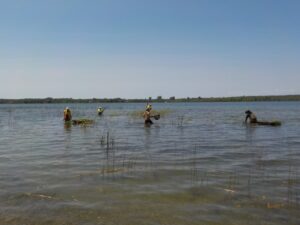 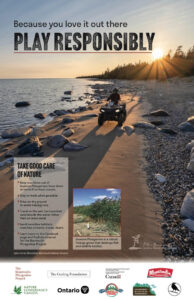