Councils and school boards sworn in across our coverage area

New municipal councils and school boards across our coverage area in Sudbury, Manitoulin, and the Algoma districts are hosting inaugural meetings to swear in new councillors and trustees.

The Algoma District School Board held its Inaugural Meeting on Tuesday as well as acclaiming Jennifer Sarlo as chair and Elaine Johnston elected as the new vice chair.

Espanola is the latest council to swear in its new mayor, Doug Gervais, and his new council, including incumbents Sandra Hayden and Ken Duplessis along with new councillors Angela Kelly, Aidan

Kelly was also sworn in as the new deputy mayor at the ceremony on Tuesday night. 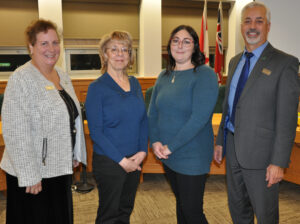 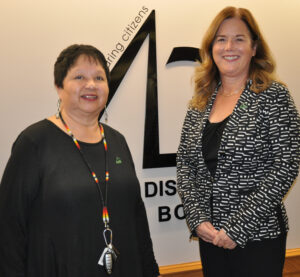 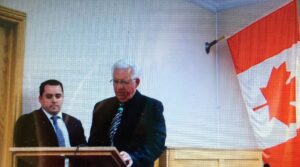 Joseph Burke, Town Clerk with the Town of Espanola, swears in Doug Gervais, the new mayor of Espanola at the inaugural meeting held on Tuesday, November 15th.