The passing of Queen Elizabeth and the accession of King Charles

Tributes continue to pour in for the late Queen Elizabeth II.

Born in 1926, Elizabeth was the longest-reigning British monarch, 70 years on the Throne, until passing away yesterday at her Scottish home at the age of 96.

Governor General Mary Simon, the Queen’s representative in Canada, spoke of the Queen’s importance to the Commonwealth during an address last night.

Local MPPs and MPs, including Carol Hughes extended condolences on behalf of constituents to the Royal Family.

Commenting on her death, Trudeau says Queen Elizabeth II served us all with strength and wisdom for 70 years as we grew into the diverse, optimistic, responsible, ambitious, and extraordinary country that we are today.

Trudeau says Canada is in mourning and adds that she was one of his favorite people in the world.

As we look back at her life and her reign that spanned so many decades, Trudeau says Canadians will always remember and cherish her wisdom, compassion, and warmth.

Trudeau adds our thoughts are with the members of the Royal Family during this most difficult time.

Locally, municipalities including Elliot Lake and Espanola as well as Royal Canadian Legions across the country have lowered their flags to half-mast in honour of the late Monarch.

While he took the position yesterday following his mother’s passing, an Accession Council made up of the U.K’s Privy Council will gather today at St. James’s Palace to officially proclaim him as the new King with the title of King Charles the Third.

He will then make his first public address as King at 6 p.m. U.K. time today.

With Queen Elizabeth II passing away at her Scottish home, a ceremonial procession from Holyrood to St. Giles Cathedral along Edinburgh’s Royal Mile is expected today before her remains travel by Royal Train back to London tomorrow.

A state funeral will take place next Saturday. 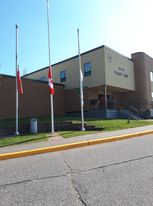 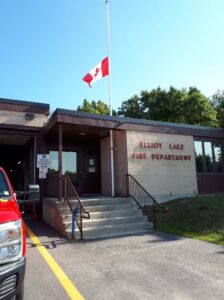 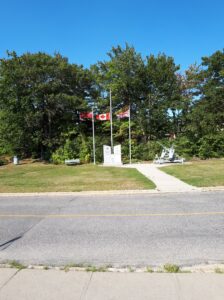 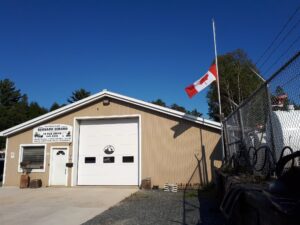