Veteran soldier on a pilgrimage

James Topp, a 28-year member of the Canadian Forces, kicked off his over 4,200-kilometre “Canada Marches” pilgrimage on February 20th in Vancouver.

He walked through the North Shore corridor yesterday.

Topp is marching across Canada to protest the federal government’s pandemic mandates that he says eroded Canadian freedoms and led to his release from the Canadian Forces.

Topp says he doesn’t believe there should be federal mandates requiring vaccination as a condition for employment.

Topps says he has sent a letter and email to every federal MP and the prime minister explaining the reasons for his journey and inviting them to meet with him in Ottawa at the Tomb of the Unknown Soldier.

He hopes to arrive in the national capital by June 22nd. 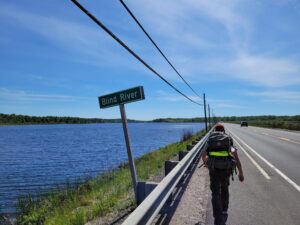 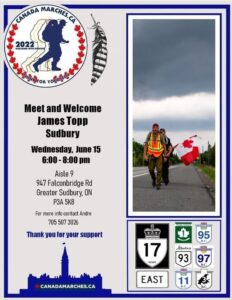