An official unveiling of the CT scan facility at St Joseph’s General Hospital in Elliot Lake has taken place. Hospital foundation chair William Elliott says the Miklos Kolev Digital Imaging Suite which houses the new CT scanner, has been named in honour of Suzanne Rogers’ father who was killed in a mining accident at Pater Mine in December 1968.

He adds the Edward and Suzanne Rogers Foundation was a significant contributor to the project as part of their multi-year million-dollar donation to the St. Joseph’s Foundation.

Hospital CEO Jeremy Stevenson says legacy is a word that has deep roots in our region and the tribute to Miklos Kolev directly impacts to the lives of many.

Since the scanner became operational last year, 4,425 scans have been performed.

He adds this has saved an estimated 17,700 hours of travel time alone for patients, their families and staff who would have had to travel to Sudbury or Sault Ste. Marie. 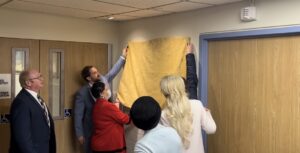 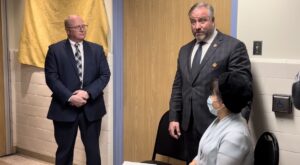 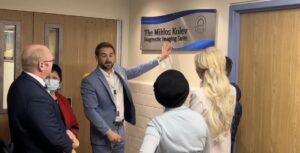 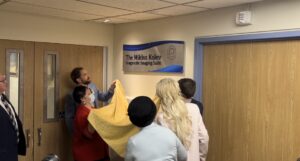 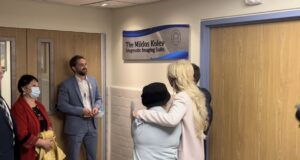