The Espanola Elks returned to a tradition last night welcoming its national leader and handing out awards for years of service.

Grand Exalted Ruler Maurice Koszman says he is proud to have hosted the evening and take part in promoting the Elks children and other supportive programs.

He was joined by Algoma-Manitoulin-Kapuskasing MP Carol Hughes and Espanola Mayor Jill Beer to hand out service awards to several members who had served from five to 50 years with the club.

New members also received their pins with membership chair Sheri Commission proud to announce that the Elks now have over 45 members, who will help the club rebuild its programs.

Koszman spoke to The Moose about the priorities national office has for the Elks with it likely not being a surprise that membership is number one on the list. He says the Elks in Espanola are doing a wonderful job on rebuilding their membership when barely a few months ago, there were real fears the club would have to close its doors. He says other clubs have not been as fortunate, so as part of his tour, he is talking to members to encourage them to attract members and stabilize following the pandemic. He estimates they lost over 2,000 members in that time, most of them to the pandemic, since the mean age for the average volunteer is in the late 70s.

“We need younger people, we need to attract those who want to volunteer their time to improving the community they reside in. It is important to refocus on our children’s programs, which is our main focus, helping the children in any community when they need it,” says Koszman. “I am proud of the club here in Espanola and it has lifted my spirits to see so much positivity. I wish them all the best in rebuilding the club and moving forward.

“I would also like to extend congratulations to those who received their service medals. Fifty years is quite the accomplishment. And it was also wonderful to welcome the newest members. Things are looking great here in Espanola, thank you for having me.”

Algoma-Manitoulin-Kapuskasing MP Carol Hughes also spoke on behalf of her provincial counterpart, MPP Mike Mantha who was unable to attend, congratulating those presented with service awards. Hughes also presented them with certificates and the Queen’s Jubilee Pin marking 70 years on the throne.

Mayor Jill Beer thanked the Elks for being such an important part of Espanola and providing so much support and service throughout the decades. She also presented certificates of achievement on behalf of the Town of Espanola. 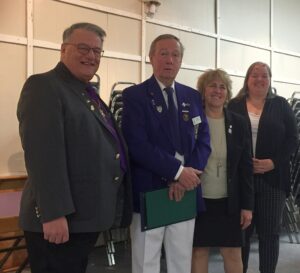 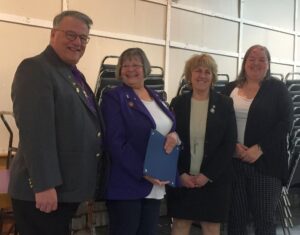 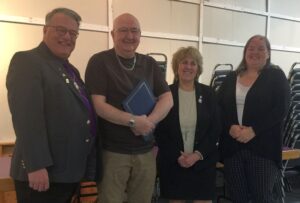 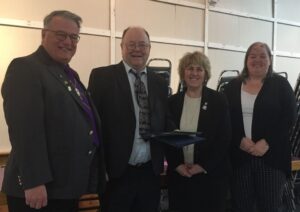 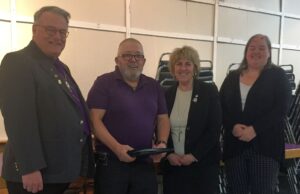 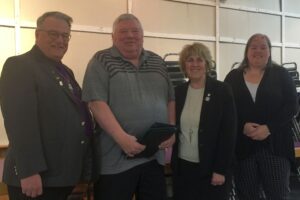 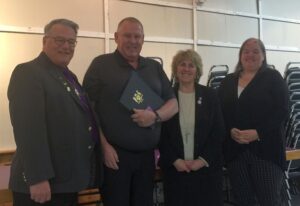 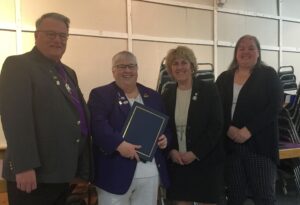 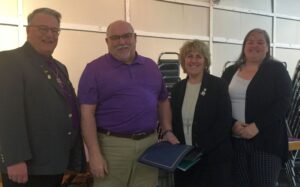 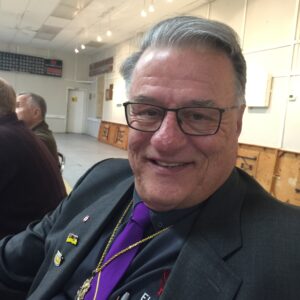 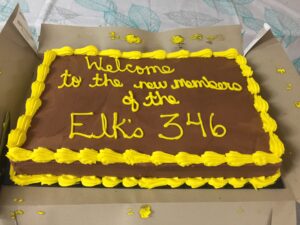 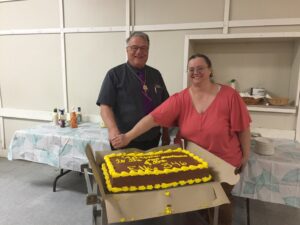 Group shot of recipients with VIPS … 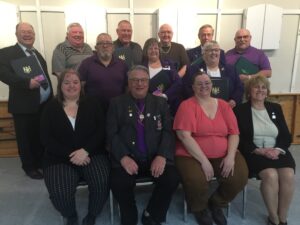