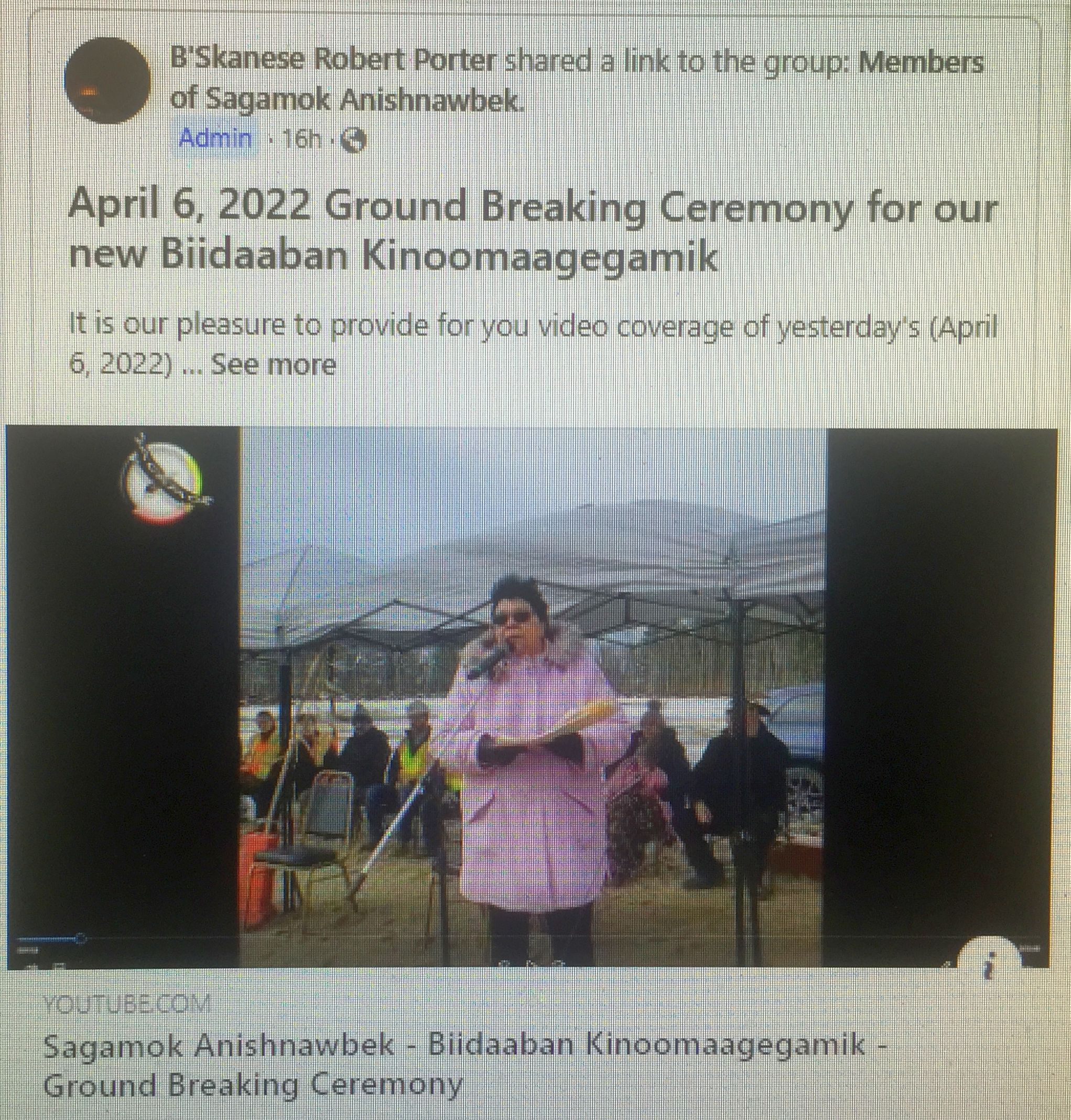 Construction has officially begun on a new school for Sagamok-Anishnabek First Nation.

Anna-Marie Abitong, the Director of Education for the community, says prior to 2019, the community had begun working on having a new school built and the federal government finalized the project announcing the funding earlier this week.

She was proud to take part of the ground-breaking ceremony held on Wednesday for the new elementary school that will be house up to 200 students from Junior Kindergarten to Grade Eight.

She was joined by chief and council, the architect, Richards Senior Architects, and other stakeholders.

The federal government is providing just over $24 million for the new build and if all timelines are met, the grand opening is slated for September of next year.

For a video of the celebration, visit https://www.youtube.com/watch?v=kSIHC1IuDhI