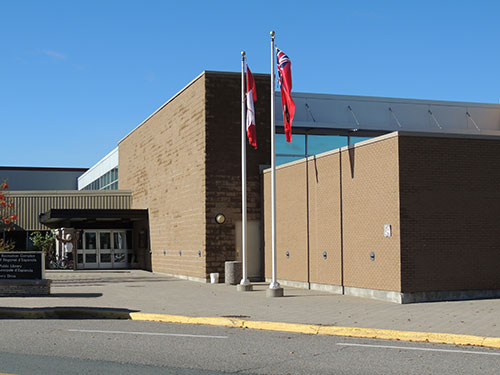 The Town of Espanola will be recruiting for a Manager of Community and Recreation as part of several organizational changes recently approved by the municipal council. Mayor Jill Beer says reorganizing critical leadership positions for the municipality is essential to the town’s success to bolster the recreation complex and tackling climate change by focusing on green initiatives. Photo by Rosalind Russell

Charges against a Greater Sudbury Police constable have been withdrawn.

According to the Espanola court, Greater Sudbury Police constable Melisa Rancourt has had charges against her withdrawn after being charged for resisting arrest and trespassing, stemming from an incident at the Espanola Recreation Centre on September 26th.

Rancourt’s lawyer updated the Espanola court about her participation in the Direct Accountability Program earlier this month.

He told the court the program requirements, including an admission of guilt was administered by the John Howard Society and completed by Rancourt, so both charges have been withdrawn.

Rancourt, a Greater Sudbury Police constable, was assigned administrative duties while her case worked its way through the court.

Greater Sudbury Police confirms she remains on administrative duties and did not say when she would be reinstated to her regular policing duties.