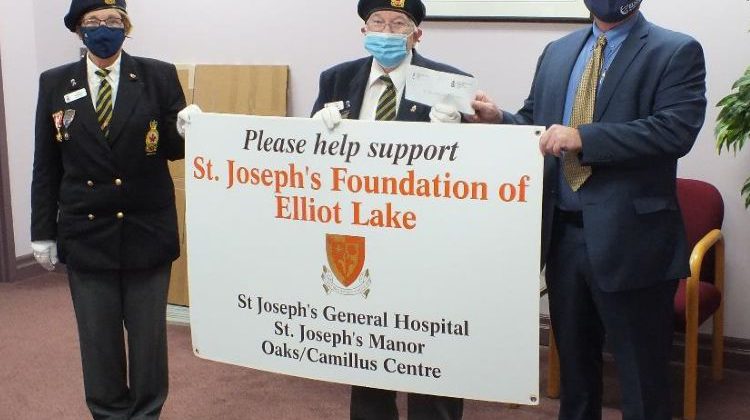 The Elliot Lake branch of the Royal Canadian Legion helped our four different causes this September. Photos taken by PRO Bob Jones and used with permission.

Members of the Elliot Lake Branch #561 of the Royal Canadian Legion have been out and about supporting some local causes.

The members made four separate donations in the last few weeks from their television bingo and in-house bingo.

They also donated a cheque to the St. Joseph Hospital Foundation for $1,500 towards the cost of a new bed. 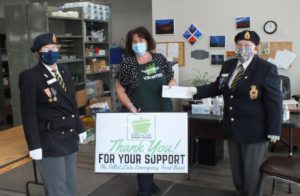 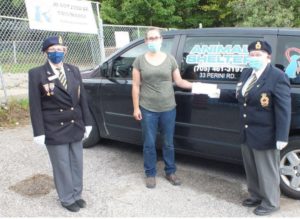 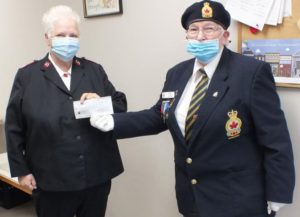 McKerrow’s Agnes Michon, aka Mrs. Santa Claus has passed away