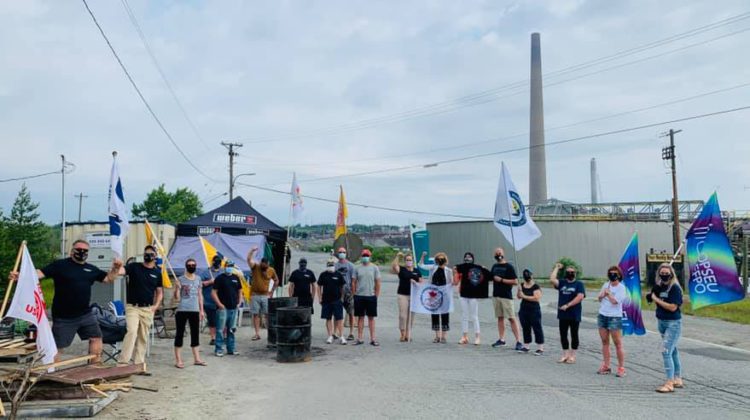 Nickel Belt MPP France Gelinas continues to provide morale support to striking Vale workers on the picket lines. The workers have been on strike since June 1st but talks resume today. Photo provided by France Gelinas.

The two sides involved in the Vale strike hope a third party will be the magic charm in reaching a deal and ending a strike, which is entering its eighth week.

Vale spokesperson Danica Pagnutti says over the past week or so, Vale and United Steelworkers Local 6500 in Sudbury agreed to return to the bargaining table, but this time around with a third-party facilitator.

Pagnutti says the two sides remain hopeful that with the facilitator in place, a collective agreement can be reached soon.

Some 2,500 workers have been on strike since June 1st with the key issues being health benefits, especially for new workers and compensation when the market is good.