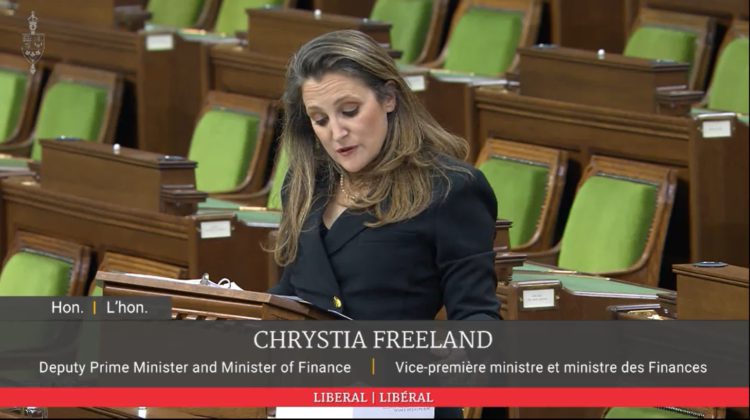 The federal budget bill, C-30, was adopted by the Senate Tuesday and received Royal Assent marking what Ottawa is calling “a historic expansion of the Canada Workers Benefit”.

Finance Minister Chrystia Freeland says this opens the program to about a million low-income Canadians who did not previously qualify for this support.

The new legislation will give up to $1,400 for single workers and $2,400 for families by significantly raising the threshold for the benefit.

And finally, secondary earners are now allowed to exclude up to $14,000 of their working income when calculating the support they can receive under the Canada Workers Benefit.

Freeland said that means the first $14,000 a second income earner brings home will not reduce their family’s eligibility for the Canada Workers Benefit.