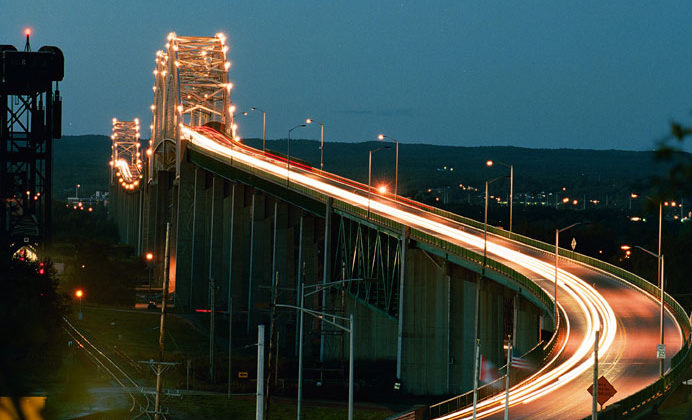 International travellers could see some relief in the near future from COVID-19 restrictions. The government is reviewing its policies this week preparing for reopening. Photo –Sault Ste. Marie International Bridge by saultstemarie.com

The federal government is hoping to remove the mandatory 14-day quarantine for fully vaccinated Canadians returning to the country.

The plan is to have this in place by the first of July, but no exact date has been given.

Patty Hadju, the Federal Health Minister says travellers will still have to have a COVID-19 test.

In addition, Hadju confirmed the country will only accept Health Canada-approved vaccines under these new policies.

A look at the local numbers

Public Health Sudbury & Districts is reporting one new case of COVID-19 in the Greater Sudbury area.

Considering resolved cases, the agency says there are 25 active cases within its jurisdiction.

Health Sciences North is reporting there are eight admitted patients, five who have tested positive for the virus and three who are waiting for test results.

Of the five, three are in intensive care.

Algoma Public Health is reporting two new cases of COVID-19, both in the Elliot Lake area.

Considering resolved cases, the health unit says there are six active cases in the Algoma District.

Two individuals from outside the district are currently hospitalized and receiving local care.

There were more recoveries than new cases reported.

If you’ve been waiting to get your licence there’s good news.

The province has announced road tests will begin again on Monday.

If you already have an appointment, it will be honoured, but if your appointment was cancelled because of the pandemic, you will have to reschedule.

In order to clear the backlog, the government will hire 167 new driver examiners.

Despite lower than expected first-quarter growth, it wasn’t all bad news from the Bank of Canada yesterday.

The central bank is holding its key interest rate target at a quarter of a percent.

The bank has held it there since the pandemic began last year and won’t move it up until the economy has rebounded.

According to Wednesday’s announcement, that is expected sometime in the last half of 2022.

The bank says stronger-than-expected household spending and the easing of public health restrictions across the country will lead to a strong economic recovery.