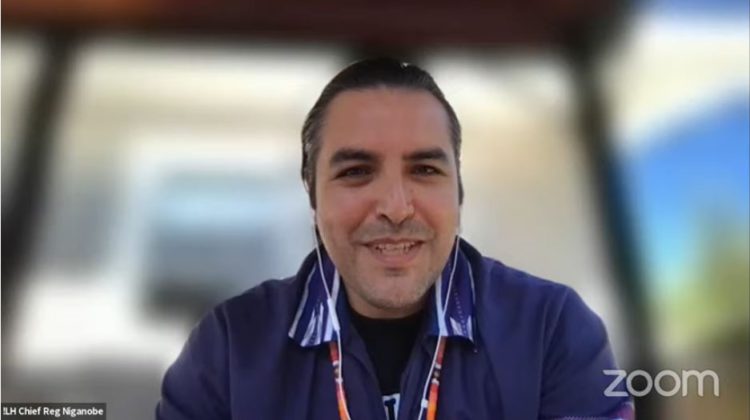 Newly elected Anishinabek Nation Chief Reg Niganobe says the assembly is asking for the Canadian government to respond in a timely and respectful manner to the investigations into residential schools and possibly other missing children who died while in the care of the various church leaders who oversaw the schools while they were operational. Photo provided by Anishinabek News.

The Anishinabek Nation Chiefs are seeking support in the search for other missing Indigenous children who may have been buried in unmarked graves on former residential school sites.

The Anishinabek Nation Chiefs-in-Assembly closed their Assembly by extending their deepest sympathies pointing out the Final Report of the Truth and Reconciliation Commission details the harsh mistreatment inflicted upon Indigenous children that attended residential schools.

Newly elected Grand Council Chief Reg Niganobe says the Assembly is asking the Canadian government to declare August 3rd as a national day of mourning for all young lives lost at residential schools and provide the funding to carry out ground surveys at all former sites.

He adds the chiefs want assurances that legal accountability for the atrocities is pursued and the reconciliation process continues.

The chiefs state at least 3,200 children died amid abuse and neglect, not including those who are missing.