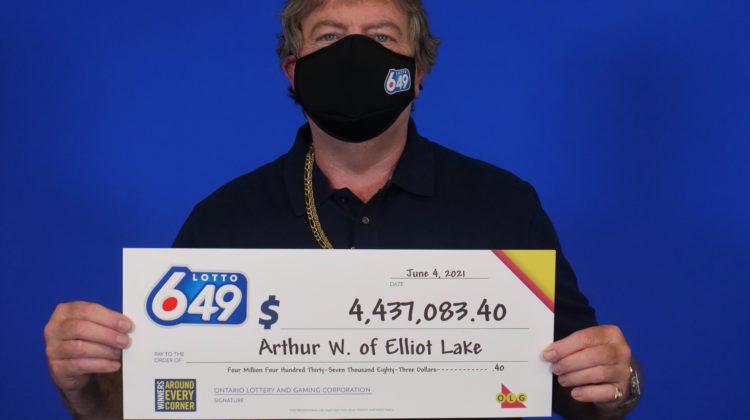 Art Walters of Elliot Lake won the top prize in the May 22nd 6/49 draw, just over $4.4 million which he plans to spend on family and animals in need. Photo provided by OLG.ca

Arthur Walters of Elliot Lake won just over $4.4 million in the May 22nd draw.

After his initial shock, he is starting a trust fund for future grandchildren, as well as share with animals in need.

Walters won the grand prize with a quick pick on OLG.ca