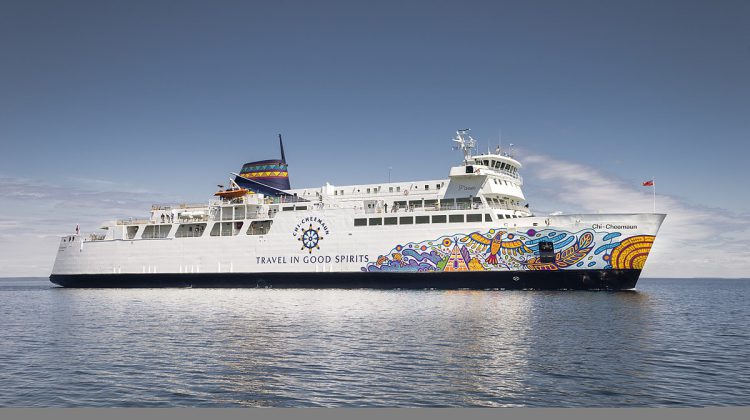 The Owen Sound Transportation Company has delayed the launch of the 2021 season. Photo supplied by ONTC

Just over two weeks ago it was announced the MS Chi-Cheemaun was set to go for the 2021 sailing season, but a decision has been made to postpone the startup indefinitely.

The Crown agency which operates the ferry, the Owen Sound Transportation Company, says the concerns about the virus has pushed back the start of the 2021 season for the ferry, which sails between South Baymouth on Manitoulin Island and Tobermory on the Bruce Peninsula.

According to the release, the ship was set to sail on May 7th, but the agency will be delaying the service and all reservations have been cancelled.

The situation will be reviewed in a couple of weeks.

Last year, the agency delayed the start of the season to June 1st limiting early traffic to essential travellers only.

Reservations will be returned. Customers can get regular updates on their phones by texting “OPT IN” to 613-703-9026.