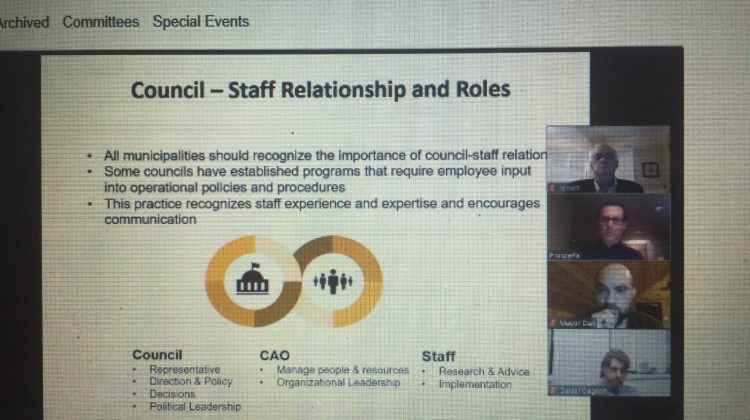 City CAO Daniel Gagnon says the meeting was also live-streamed and televised so the public could also take in the roles of the commissioner and of the council.

The training session was a recommendation following earlier commissioner reports and findings and was often delayed due to the pandemic and other operational pressures, adds Gagnon.