The CORONAVIRUS REPORT for WEDNESDAY, JANUARY 13, 2021 – Sudbury outbreak, HSN has a positive, emergency orders and so much more … 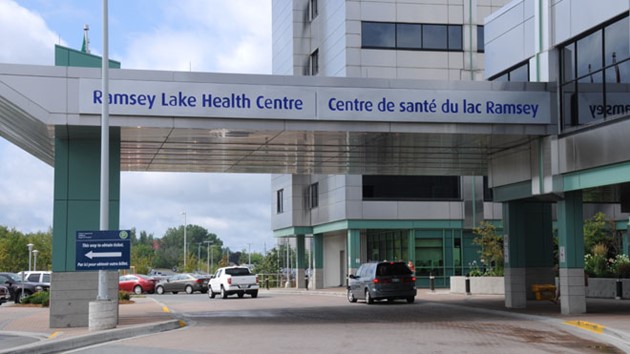 Sudbury’s Health Sciences North confirmed its first case involving hospital staff. In an email, hospital communications officer Jason Turnbull says the case was confirmed over the holidays adding immediate steps were taken for the staff member to self-isolate. He adds no other contact in the workplace has tested positive.Photo supplied by HSN

Premier Doug Ford says the decision to issue a stay-at-home order is absolutely necessary if we’re to head off the spiralling number of COVID-19 cases in our province.

Effective at midnight tonight, Ontarians must stay in their own homes, except for essential trips for groceries, medications, health appointments, exercise, or essential work.

Those employees who can work from home must do so.

Non-essential store hours will be restricted from 7 am to 8 pm, and all but essential construction work will be halted.

Limits on gatherings are being limited to five people and schoolchildren in hard-hit areas like Toronto, York, Peel, Hamilton, and Windsor-Essex won’t return to in-person learning until at least February 10th.

A decision is to be made about school in the rest of the southern part of the province by next Wednesday.

Ford says police, bylaw officers, and workplace inspectors will charge those found violating the order, which is to remain in effect for the next four weeks.

The penalties include fines and, in serious cases, up to one year in jail.

Public Health Sudbury & Districts is reporting 13 new cases of COVID-19, all at a Sudbury retirement home.

The outbreak at Amberwood Suites was declared on January 5th.

That brings the total count at the home to 22 in all, three involving staff members, the rest, residents.

Public health states the cases are due to close contact and some of the residents have also been hospitalized.

There is ongoing testing being carried out at the facility adds the agency.

There are now 71 active cases within the health unit’s area.

One member of the staff at Sudbury’s Health Sciences North has tested positive for COVID-19.

Hospital communication officer Jason Turnbull says the case was confirmed over the holidays adding the staffer is in self-isolation.

NDP leader Andrea Horwath says the province needs to hire at least ten-thousand more employees for long-term care facilities in Ontario if we’re to head off another wave of deaths.

Horwath is also calling for the stationing of infection, prevention and control experts in every long-term care home.

Horwath says the Ford government’s latest series of restrictions aren’t dramatically different from what Ontarians have been asked to do for weeks now.

She says she’s horrified by what she calls an “inadequate response” that lacks the urgency demanded by our current situation.

The curve is rising steeply

Canada’s chief medical officer of health says the country is on an “ever-worsening” trajectory as the coronavirus continues to spread.

Tam says the months ahead will likely be harder than anything we’ve experienced before and only constant observance of rules on gatherings, face masks, and hand-washing will bring those numbers down.

Canada-U.S. border closed for another month

As expected, the federal government is extending the closure of our border with the U-S for another month, until at least February 21st.

Prime Minister Justin Trudeau says they’re due to arrive in April or May, as programs to vaccinate all Canadians pick up steam.