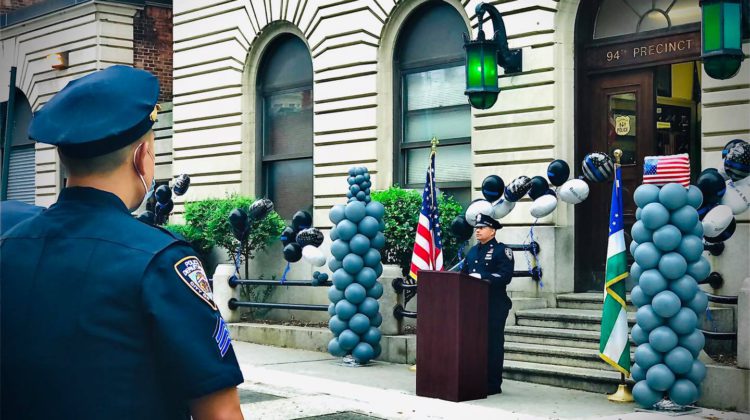 Patrician Drohan-Bordonaba usually shares her life between Brooklyn, New York City and Espanola, ON, but due to COVID-19 has not been able to visit family in Canada for several months. She shared her memories of 9/11 with us taking in some of the sights in the city to commemorate the 19th anniversary of the terrorist attacks in the U.S. Photos provided and/or taken by Patrician Drohan-Bordonaba

9/11. When someone says that, everyone knows exactly what it means. It is the day terrorists hijacked four planes and attacked the World Trade Centers in New York City, the Pentagon in Arlington, Virginia and a fourth plane crashed in Pennsylvania, thanks to the courage of its American flyers who sacrificed their lives so that plane did not reach its final destination of destruction.

Patricia Drohan-Bordonaba lives in Brooklyn and was home that morning. She splits her life between Brooklyn and being a substitute teacher and Espanola where she works as a freelance journalist and visits family, including her sister, Jane and other family members. That fateful day she was at home in Brooklyn. Like many of us, she remembers exactly where she was and what she was doing when she first heard the news.

“Tuesday, September 11, 2001, was a beautiful warm day, with a bright blue sky in New York City,” Drohan-Bordonaba recalls.  “I was at home in our Brooklyn apartment and was up early even though I figured it was too soon in the school year to be called in to the school to substitute for a teacher.
“I remember exactly what I was doing when the first plane hit the north tower at 8:45 am. I was watching the Today Show and ironing. My husband Tony had left for work around 5:30 that morning.

“When the plane hit the north tower, my immediate thought was, “Oh My Gosh, a plane has accidentally hit the World Trade Center.”
She says for over 15 years, she flew back and forth from New York City to Toronto where her parents lived, many times throughout the year.
“On the flights back into New York, the route always took us over the top of the World Trade towers and I used to think, “wow we’re so close to the top of the buildings”.”

Her first action on learning the news was to call the school.
“My first thought when the plane hit the north tower was to call my school and let them know in case any of our staff had family in the World Trade. The secretary was shocked when I told her what happened and said she would relay the information to the principal. As we would later find out, many families in our school were affected.”

Like many others, she thought the plane flying into the tower was an accident, but a second one caused horror for so many with the realization the actions were deliberate and the U.S. was under attack.
“Less than 20 minutes later I am watching in horror, as the second plane sliced into the south tower of the World Trade Center around the 60th floor,” recalls Drohan-Bordonaba. “I didn’t know what to do or who to call, but I remember the non-stop sirens of emergency vehicles speeding towards the Williamsburg Bridge into Manhattan. Our building overlooks the main street to the Williamsburg Bridge, which is just a mile or so away.
“The twin towers were about five miles from us ‘as the crow flies’, on the other side of the East River. I think I called my sister Cathy in Massey or she called me to see if I was home and okay.
“It was now an hour of watching the images of the planes hitting the towers and all the people standing in the streets looking up. Then shortly after 9:45 am that morning the horrible news that a third plane had crashed into the Pentagon was announced.”

The collapse of the towers just added to the painful memories she has of that day.
“At 10:00 am,  the south tower collapsed and at 10:30 am,  the north tower went down. It was then that I had no telephone service and all but one channel had disappeared from the TV. The one channel that was left apparently had its broadcast antenna on the top of the Empire State Building. The rest, I assume, had been on the top of the north tower.”
And, again, like so many others, she was transfixed to the television in the ensuing hours, but eventually ventured outside.
“I did go out later in the afternoon because I couldn’t stay in and watch anymore on the television,” she recalls. “I drove a mile to the neighbourhood where my school is and where my friend lived. I went to her house to see how her family was. Her eldest son was a Court Officer in lower Manhattan, and she didn’t hear from him for many hours, but he finally came home later, covered in soot and shaken by what he had seen.
“It was so eerie because normally our area has one plane after another flying in and out of LaGuardia Airport, but all planes had been grounded or directed far away from New York.
“I can’t remember whether I bought a face mask that day or the next because the smoke was getting bad in Brooklyn. South Brooklyn, by the Brooklyn Bridge, had thick acrid smoke and even debris.”

Most touching was the posters and flyers that began to appear on shop windows looking for the missing.
“By late in the day, flyers with pictures of missing people began to appear on the store windows and lamp posts throughout the city. On Wednesday, when I went out and saw all the pictures in our neighbourhood of missing people it was really terrifying.
“Our favourite Italian restaurant owners were missing their eldest son who worked on one of the upper floors in one of the towers. He was never found.
“A local newspaper/variety store owned by middle-Eastern people were missing their son who worked on an ambulance.
“One of my teacher friends also lost a friend who was a fireman.
“And, one of my dear coworkers Delores, who had worked as an aid at our school and had retired in June 2001, lost her son Carl, a New York City fireman. I saw Delores a couple of months later, in November and I knew we would stop and chat, and I knew it would be tough. However, she was smiling brightly and said “Patty, they found my Carl.” I don’t know what I said. I was dumbfounded.
“As she started to explain, she said they found him intact, with six other firemen and she was so happy and told me now they could have a funeral. All I could do is say thank God Delores and give her a hug. I went to his funeral in our neighbourhood that had a never-ending line of hundreds of people for hours and hours outside the funeral home for blocks.”

It’s 19 years later and on the anniversary on Friday, September 11th, 2020, she took a long walk through her neighbourhood.
“I wanted to see if people were flying flags or showing remembrance for this solemn day, but unfortunately, on the main street of shops, I only found three. I walked the full length of the street which is over a mile. Some people are starting to forget.
“Then I remembered there is one residential block where every house has a flag on September 11th. They started the tradition after 2001 and it remains a tradition.
“The local police precincts and, I’m sure, the local firehouses had their own ceremonies. During COVID there would not be a large gathering allowed.”
Drohan-Bordonaba says that seems like yesterday to her and the memories come rushing back with so many people in her life being personally affected by the day’s events. She hopes people do not forget, but life does go on although it will still be remembered as a dark day in American History.

(NOTE): Patricia Drohan-Bordonaba is well known in Espanola and the surrounding area as a journalist and historian. With family in Espanola, it has been a difficult year for her to not be able to travel here to Espanola to visit. At my request, she took the time to take in the 9/11 commemorations last week in Brooklyn, which is her American home she shares with her husband, Tony. Both send warm hellos and hugs to all their family and friends in Espanola. Roz)
Photos provided and/or taken by Patrician Drohan-Bordonaba 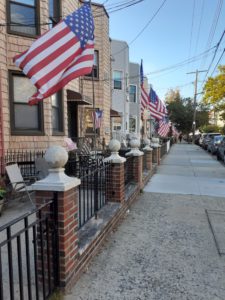 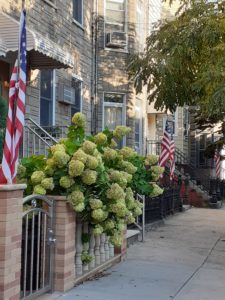 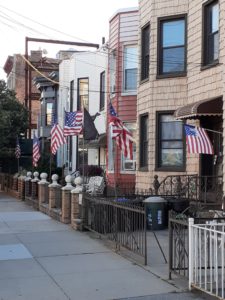 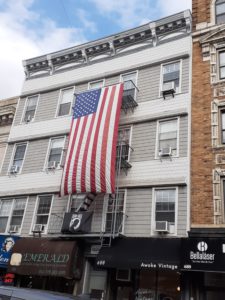 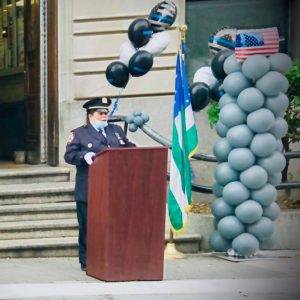 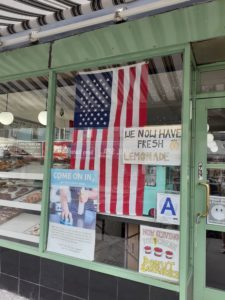