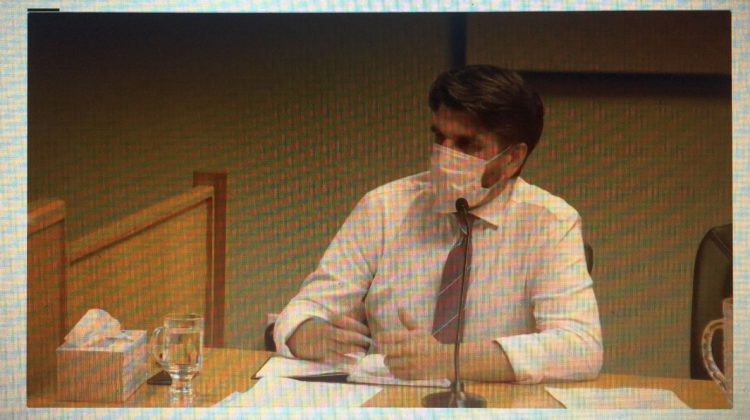 The City of Elliot Lake has been turned down for the funding of a Community Recreation Hub. City CAO Daniel Gagnon told council last night he received the letter last Friday turning down the request for funding from the province, which would ideally house a pool, arena, fitness centre and other amenities. Without provincial support, the city is unable to receive federal funding under the shared program. Photo by Rosalind Russell - myespanolanow.com/myalgomamanitoulinnow.com staff

The Province has turned down the City of Elliot Lake.

Council was unpleasantly surprised when they found out it had been denied the funding of the Community Recreation Hub.

Despite a lobbyist and a presentation to the province, City CAO Daniel Gagnon says he received a letter on Friday informing them the province would not move ahead with funding and cost-sharing the project with the feds.

At last night’s meeting, councillors made it quite clear they want answers from the province as to why the city was turned down and what they need to do to receive approval.

The Arts and Culture Hub, however, has received some good news.

The city has applied for 85% of the funding needed.

A feasibility study is currently underway.

It is taking input from the tenants and stakeholders as well as a site tour planned for next month.

The new hub is to replace the demolished Lester B. Pearson Civic Centre, which suffered a catastrophic collapse of the roof in February of 2019.