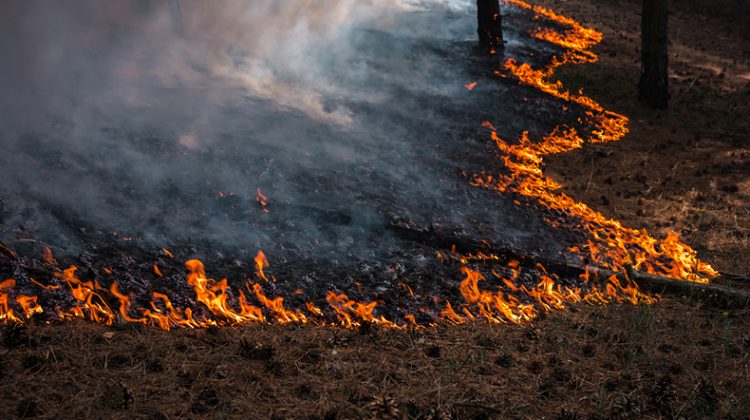 The fire danger is high to extreme in Northeastern Ontario. Photo: Domtar Newsroom

The high heat and dry conditions in the bush have led to several new fires breaking out in Northeastern Ontario, including several in the Sudbury District.
There are 22 active forest fires in the Northeast with five new fires breaking out in the Sudbury region on Wednesday.
Fire Sudbury 55 is located just east of Fairbank Lake where water bombers and Fire Rangers are assisting the local municipal fire department.
The fire hazard is considered high to extreme in most parts of Northeastern Ontario with seven new forest fires confirmed in the region late Wednesday afternoon.
Six fires are being held, nine are under control and one is being observed.

At the time of the most recent Ministry of Natural Resources & Forestry update (this morning), there are six fires that are not yet under control.
There were four new forest fires confirmed in the Northeast Region by late afternoon on July 9.

Parry Sound 15 is approximately 4 kilometres east of Britt, on the west side of Highway 69. Waterbombers were on the scene of this 3.6-hectare fire this afternoon. North Bay 27 is located half a kilometre south of Lake Nipissing, waterbombers are on the scene.
With the exception of areas along the Quebec border and a small portion of the far North near Fort Severn, the fire hazard is high to extreme in most parts of the Northeast Region.
To see the fire hazard near you, consult the interactive fire map at ontario.ca/forestfire.