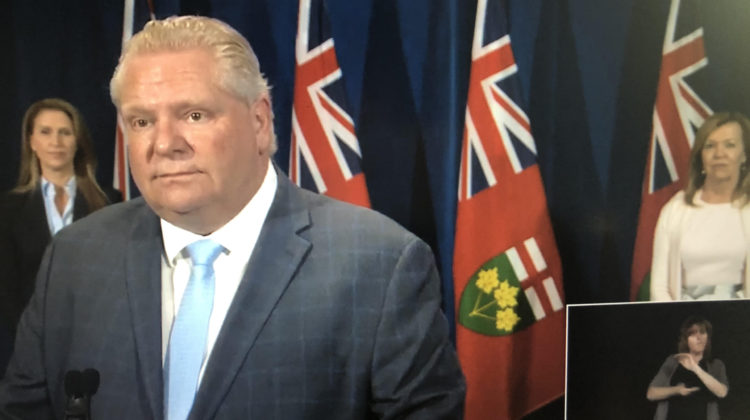 Ontario is focusing on skilled trades.

Ford says it will help up to 11,600 apprentices get a head start on their careers in skilled trades while Ontario is also forgiving more than $10-million from the Loans for Tools Program.

He also announced Ontario is investing nearly $2-million in the first Virtual Action Centre, an online counseling and training portal, to support laid off and unemployed hospitality workers.

Ford says the virtual job training resource will provide up to 7,000 unemployed workers in the hospitality sector with access to a wide range of services and supports online and over the phone.

Unite Here,  a union that represents workers in areas including hotels, restaurants, racetracks, and casinos will operate the centre.

Ford says he has all the confidence in the world when it comes to people following COVID-19 health public health measures and says hopefully we will see a trend in virus cases going down.

He adds the increase in cases we’ve seen over the last few days in the province is concerning and keeps him up at night.

Ford says an advertising campaign to get tested for the virus will be rolled out and he says he will make robocalls if it’s needed to see the number of tests go up.

“Please go out and get tested, it’s absolutely critical.”

Ford says they will be testing front line health care workers this weekend in seniors centres and he will be following up to make sure this is happening.

He says people should also wear a face-covering when they can and adds  “any business has the right to refuse anyone” they deem unsafe.

Ford suggests retailers have the ability to deny access to anyone who refuses to wear a mask.