Area women to be honoured at Indspire Awards 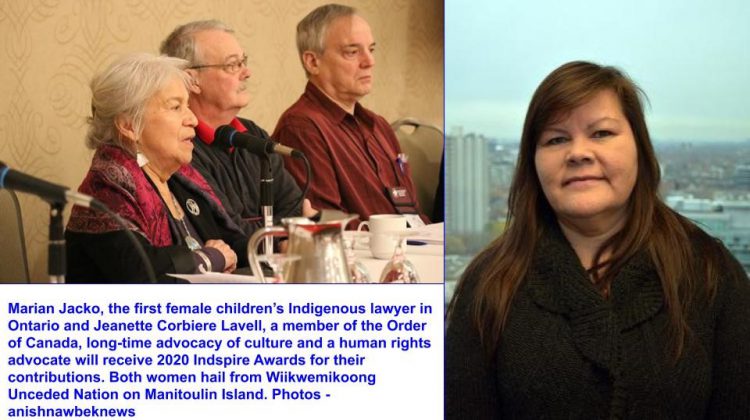 Wiikwemikoong Chief Duke Peltier says the community is honoured that two of their own will receive awards at the 2020 Indspire Awards.

He says Marian Jacko will receive the Law & Justice Award as the first female children’s Indigenous lawyer in Ontario and her advocacy for children, youth and family.

Peltier adds Jeanette Corbiere Lavell, a member of the Order of Canada will receive the Lifetime Achievement Award for her long-time advocacy of culture and as a human rights advocate.

Peltier says the two will be presented with their award at the 2020 Indspire Awards at a ceremony at the National Arts Centre in Ottawa on March 6th.