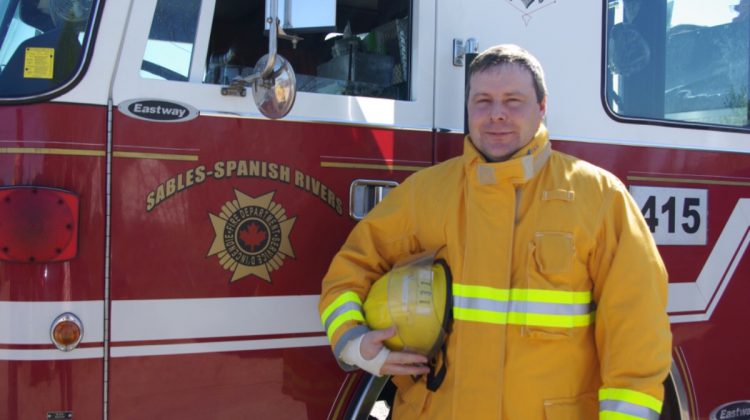 Sables-Spanish Rivers Township Firefighters spokesperson, Jillana Goodchild, says a recent spaghetti dinner and other efforts has raised over $5,000 for the Darcy Schuurman family. Schuurman was hurt in the line of duty this summer, says Goodchild, and the department and supporters have been assisting the family while he recovers. Photo supplied by SSRTF

A local fireman’s family got a big helping hand from his department and supporters while he recovers from injury.

Sables-Spanish Rivers Township Firefighters spokesperson, Jillana Goodchild, says Darcy Schuurman was hurt on the job this summer and has not been able to work.

She says to assist the family, they have held a number of fundraisers, including a recent spaghetti dinner, and is able to provide the family with over $5,000 while he recovers.

On behalf of the family and the firefighters, she extends a thank you to the wider community. 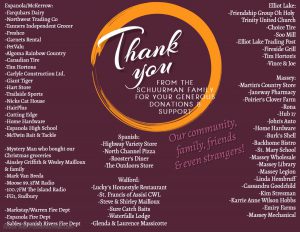