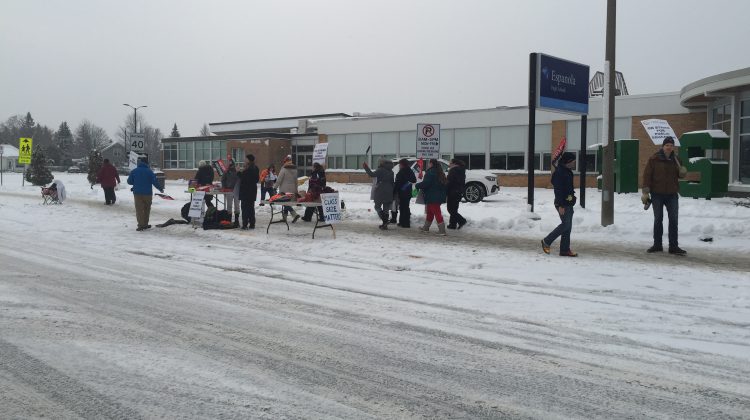 Premier Doug Ford is blasting teachers in the province, as the dispute with the four main unions continues. Ford says the teachers are “greedy,” and their unions have been holding provincial governments ‘hostage” for more than 50 years. Photo by Rosalind Russell - myespanolanow.com/myalgomamanitoulinnow.com

The escalation in job action by teachers and education workers means a fifth one-day strike will close some schools.

Several local schools will be closed this Wednesday including the CSC Nouvelon French Catholic schools in the Sudbury and Manitoulin districts.

The Rainbow District School Board states its secondary schools will all be closed including Espanola High and Manitoulin Secondary.

But, their elementary schools will be open.

There will also no participation in extra-curricular activities for members of the Elementary Teachers’ Federation of Ontario starting today.

Ontario Education Minister Stephen Lecce says the government is focused on landing deals that keep students in class so that we end the frustrating experience families are facing due to predictable union escalation.