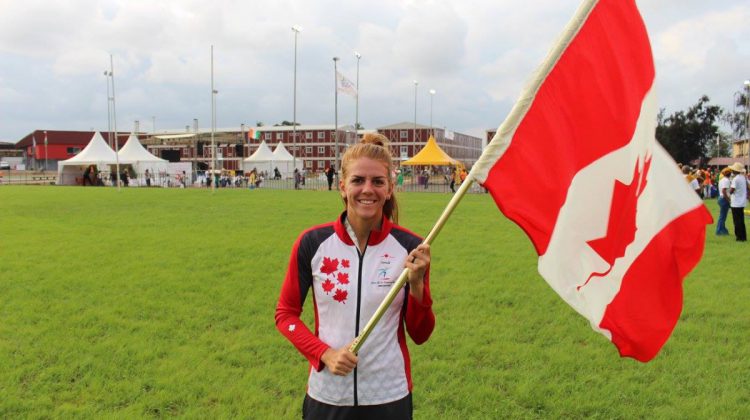 Espanola and area supporters of Canadian athlete triple-jumper Caroline Ehrhardt, who hails from Espanola, can help her get to the Olympics. Ehrhardt wants to attend the California Training Camp in California in April to qualify for the Olympics. She says she needs to be ranked in the top 32 by July 1st to qualify. Photo provided by CE

Espanola’s own Canadian triple-jump champ, Caroline Ehrhardt needs financial assistance to reach her dream of the next Olympics.

Ehrhardt needs to be ranked in the top 32 by July 1st to qualify for the international competition.

She says she wants to attend the California Training Camp in California in April to qualify.

Ehrhardt adds with limited funding for Canadian athletes, she appreciates the support of the community to get to the competition.

A go fund me has been set up by local supporters and the public is invited to assist Ehrhardt in her quest.

For those of you who do not know her, she is a proud hard-working individual (qualities instilled in her by both her mom Judy Hennessy and her dad Klaus Ehrhardt).   What she may forget is that small towns are family and we never stop helping each other.  Everyone in our small town has some connection to Caroline Ehrhardt, they’ve taught her, coached her, babysat her, etc.  If each of us could commit a small amount we could certainly help her move closer to realizing her Lifelong dream of representing Canada at the Olympic Games.  If you know someone with a connection to Caroline who doesn’t have access to this page, please inform them and encourage them to help her out.
California Training Camp and Competition Series – Azusa, California
April 2nd – 19th, 2020
MAIN EXPENSES
Airfare (for me + coach): $1038
Accommodations: $1475
Car (to travel to training and various competitions throughout the LA area): $650
Ehrhardt states I am humbly asking for the support of anyone interested in being a part of this journey. Sometimes I still find it unbelievable that I am even still doing this. I stayed behind from a field trip to Science North in the second grade because it was scheduled on the same day as track and field day at the Espanola track. Everyone wanted to go lay on the bed of nails and see the beaver. I just wanted to jump – and 2 decades later, I still just want to jump. Maybe this summer I can do it in Tokyo, and that stubborn redhead kid who was crazy enough to turn down a trip to Science North can be the first female triple jumper to ever represent Canada at the Olympics. I used to think, if no one’s ever been able to accomplish that before, why me? But lately, I’m thinking – why not me?

CERB being expanded to include more workers