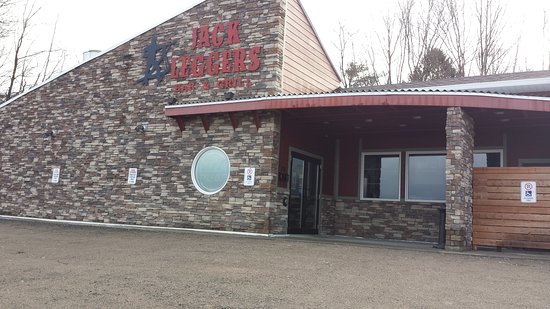 It’s taken over a year, but a new Swiss Chalet will be opening in Elliot Lake. Kayla Breen-Sloane, the owner of the former Jacklegger’s Bar and Grill announced in 2018, she was shutting it down and converting the property to a Swiss Chalet. Moose file photo

A former bar has a new look and will sport the Swiss Chalet logo in Elliot Lake.

Kayla Breen-Sloane announced in 2018 that she planned to close down the Jacklegger’s Bar and Grill and convert it into the restaurant with plans to open last year.

She says there was some delays in reconstruction however, but the work is nearly done and the new business is set to open next Monday.

The Swiss Chalet will have seating for 88 customers.