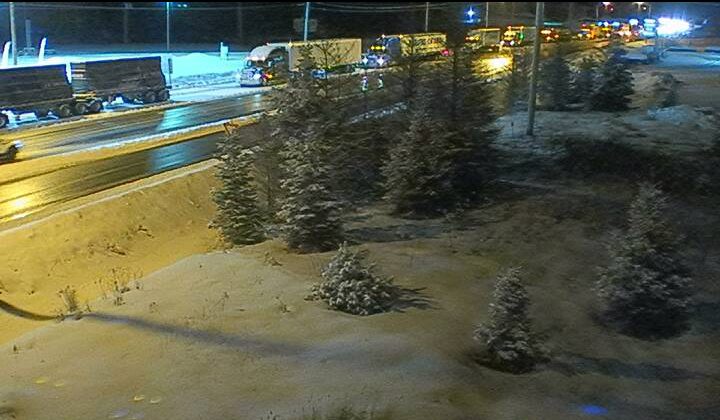 The plow driver involved in a collision on Sunday has passed away. The accident closed Highway 17 for nearly 14 hours. Photo by MTO

East Algoma OPP says the second driver involved in a vehicle collision has passed away.

Ney says Pollock was driving a plow truck involved in a collision with a transport truck on Sunday night, just before midnight near the Town of Spanish.

Ney says the operator of the tractor-trailer was confirmed deceased at the scene, but no name has been released pending notification of kin.

He adds the Ministry of Labour and OPP technical collision investigators are continuing the investigation.