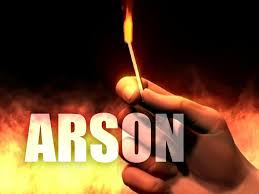 A Greater Sudbury man is under arrest for arson and other charges following an apartment fire at a Barrydowne Road apartment complex.

Police spokesperson, Peter Orsini says around 11:15 am Friday morning, the fire department and emergency services responded to the fire.

He says a man found in the apartment was transported to hospital with minor injuries, treated and then arrested by city police.

Orsini says the investigation revealed the fire was the result of a covert cannabis marihuana extraction lab and evidence was seized by both police and the Ontario Fire Marshall’s office.

He adds the 40-year-old man has been charged with arson with disregard to human life, illegal production, possession for the purpose of trafficking and property obtained by crime.

The investigation is ongoing.