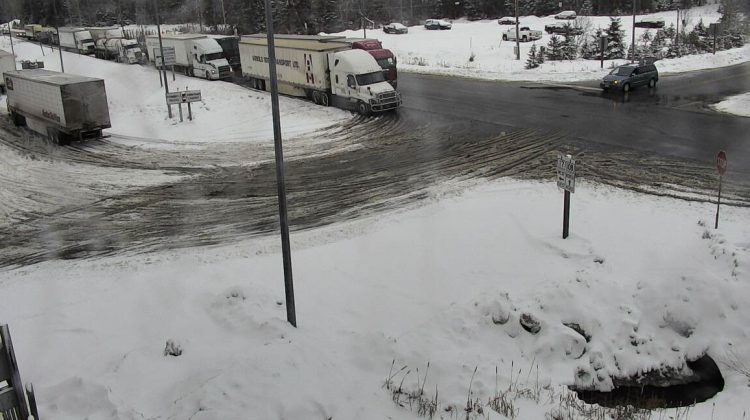 Traffic, especially heavy trucks were delayed on Highway 17 yesterday for some 14 hours due to a fatal collision between a transport and a plow. Photo supplied by MTO

UPDATE: The OPP say the driver of the plow has died from his injuries.

Police say the operator of the plow truck has succumbed to his injuries and is identified as 54-year-old Steven Pollock from North Shore Township.

ORIGINAL STORY: Highway 17 was closed between Espanola and Blind River for almost 14 hours yesterday due to a fatal crash.

He says the investigation revealed an eastbound tractor-trailer collided with a westbound plow truck.

No name was released pending notification of kin.

The highway was fully re-opened at around 4:00 pm yesterday.