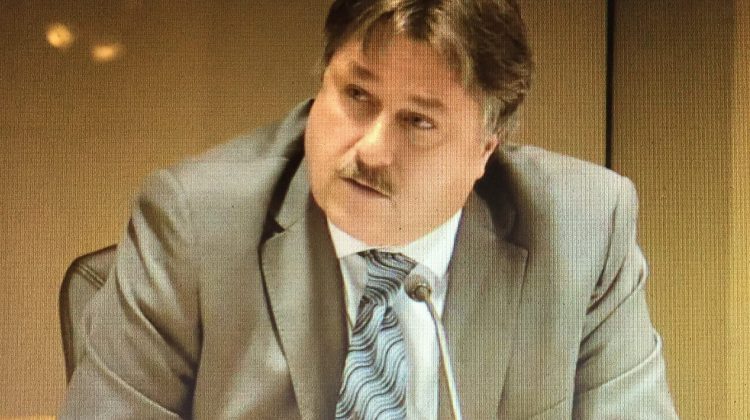 E4m, the legal firm for the commissioner recommended Councillor Chris Patrie be removed from council and all related other municipally appointed boards for breaches of conduct. Photo by Rosalind Russell - myespanolanow.com/myalgomamanitoulinnow.com staff

An Elliot Lake councillor will only be part of boards and sub-committees that include the whole council.

On Monday night, Elliot Lake council approved a motion to have Councillor Chris Patrie removed from all municipally appointed boards.

Letters have been sent to the external boards notifying them of council’s decision.

The removal was one of the sanctions recommended by the Integrity Commissioner for Elliot Lake, the law firm of E4m, for several breaches of conduct by Patrie.

At a previous meeting, council had turned down a sanction to have him removed from council completely stating it was not their place to do so, since he had been elected.