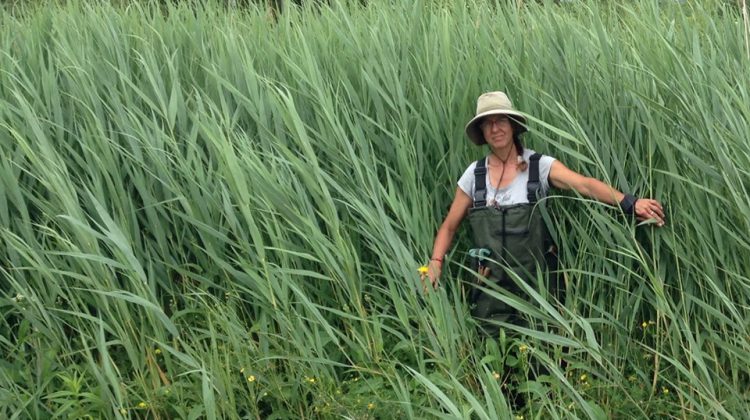 A tall, dense grass has invaded Manitoulin Island, but Judith Jones, Coordinator for The Manitoulin Phragmites Project, says the invasive species is nearly under control. Photo supplied by Judith Jones

A tall, dense grass has invaded Manitoulin Island, but Judith Jones, Coordinator for The Manitoulin Phragmites Project, says the invasive species is nearly under control.

Jones says phragmites, a long, tall, European grass that has been spreading aggressively can wipe out all other vegetation adding it is a serious threat to biodiversity, property values and recreation.

However, Jones says the three-year project has seen all of the Lake Huron shore on Manitoulin completely cleared except for the mouth of Blue Jay Creek and the bay east of Burnt Island.

Jones adds she has now have applied for funding for the next two years to continue the work needed to ensure the invasive species is completely under control.

More than 80 people helped at work bees in 2019, and more than 30 people have agreed to keep watch on control areas and to remove any new plants that may crop up.

In 2019, 40 sites with species at risk (SAR) and 34 non-SAR sites had Phragmites under control or completely eradicated; another five sites were partially under control.
No work was needed in 2019 at 31 previous work sites. Since 2016, there has been work carried out on over 80 sites.

For the complete report go to Manitoulin Phragmites Project: https://www.facebook.com/manitoulinphrag/.

The CORONAVIRUS REPORT for FRIDAY, APRIL 17, 2020 – First case of community spread in Algoma – two in Sudbury and so much more

Feeding the children – program in Algoma