Driver charged after crash on Highway 108 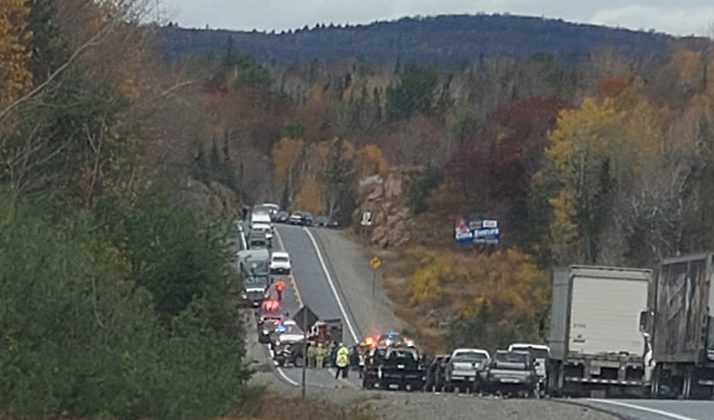 A two-vehicle collision on Highway 108 has led to a charge against a southern Ontario man.
Elliot Lake OPP Constable Phil Young says yesterday afternoon at around 1:15 pm, the OPP, Elliot Lake Fire Department, and Algoma Paramedic Services responded to a two-vehicle collision on Highway 108, south of the City of Elliot Lake.
He says a northbound Sport Utility Vehicle crossed the centre line and collided head-on with a southbound minivan.
The driver and occupant of the minivan and the driver of the SUV were taken to hospitals in Blind River and Elliot Lake with injuries.
The highway was closed for some time while emergency crews conducted their investigation.
Young says 66-year-old Ronald Smith of York, Ontario has been charged with careless driving causing bodily harm.