SPORTS: Elliot Lake Aquatics Club off to a great start 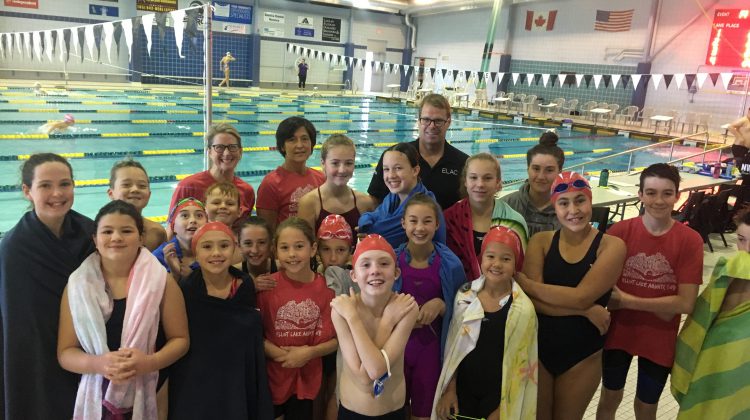 The Elliot Lake Aquatics Club began its swim season with PB&J --that is personal bests and joy at the Sault Surge Pentathlon held last weekend. Photo provided by Tania Beaulieu

The Elliot Lake Aquatics Club began its swim season with PB&J –that is personal bests and joy at the Sault Surge Pentathlon held last weekend.

She says several were on the podium and the club is off to a great seasonal start.

Ava Young earned a podium finish in each of her events, including an 11.14-sec improvement from her PB (personal best) in the 200m Individual medley. Overall, Young saw six top-spot finishes over the weekend.

Beaulieu adds as this event was the first of the season, personal bests were abundant.
Ally Weller swam to many top finishes including a first place for her 25m breast and fly events. All personal bests were seen for her efforts in each of her five events.

Carter Abercrombie was a crowd favorite at just nine-years-old. He consistently proved his skill finishing each of his swims ahead of his competitors including a first-place finish for his 25m Freestyle.

Carter Smith proved his determination and drive-by earning a third place for his 25m freestyle and 25m breaststroke swims.

Ethan Young recognized his potential combining his strokes to a PB finish in his 200 Medley, shaving 20 seconds off his previous time.