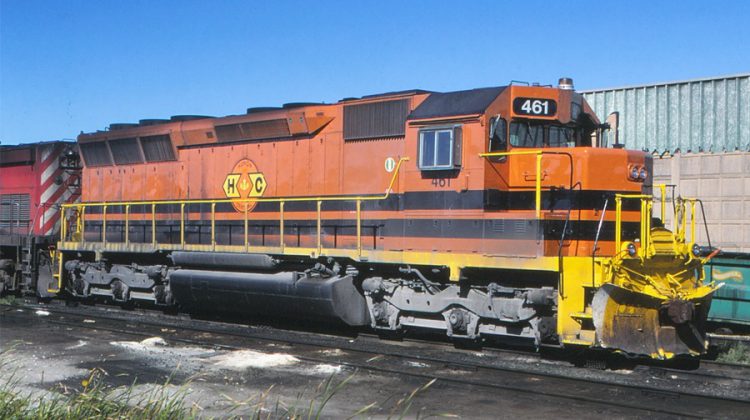 The Huron Central Railway, which provides rail services between Sudbury and Espanola is will not be shut down, which could have major impact on three key businesses along the North Shore corridor. Photo supplied by HCR

Two local area companies that rely heavily on rail have contingency plans in place if the Huron Central Railway is shut down next year.

Both Domtar in Espanola and EACOM in Nairn Centre rely on the spur for moving raw materials and finished products and both hope the parent company can find a long-term solution to rehabilitating the line with the help of governments.

EACOM’s Director of Public Affairs, Christine Leduc says they will have to use trucks as an alternative, but there is a major problem with that since there is a shortage of truckers, not only in Canada but across North America.

Meanwhile, Bonnie Skene of Domtar says they have been advised that Genesee & Wyoming Company Limited, the owner of the rail line between Sault Ste. Marie and Sudbury will shut it down in March 2020.

Skene says they are making every effort to ensure customers are not affected and are prepared to play a constructive role in finding a long-term, sustainable solution.

Genesee & Wyoming has indicated they need $40-million over five years to bring the line up to standard.