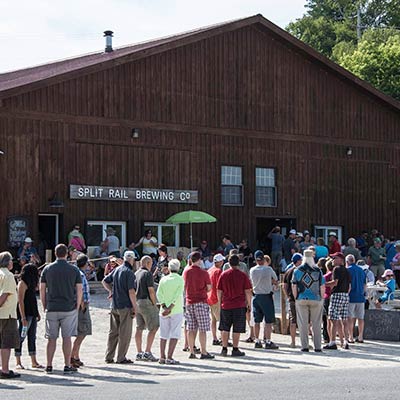 Split Rail Brewing Company in Gore Bay received $52,000 in funding to expand production capacity to meet the growing demand for their products. Photo supplied by splitrailmanitoulin.com

A light industrial park, pellet manufacturing plant and helping a Manitoulin Island microbrewery expand are all on the Ontario government’s radar for funding.

While on Manitoulin Island yesterday, Parliamentary Assistant Dave Smith announced, on behalf of Greg Rickford, the Minister of Energy, Northern Development and Mines and Minister of Indigenous Affairs, the Wikwemikong Development Commission will receive $1 million for a light industrial park as well as another $100,000 to produce an economic development plan for a pellet manufacturing plant in Nairn Centre.

The $1-million will be used to expand economic opportunities on the First Nation while the $100,000 will be used to look into the feasibility of building a plant capable of producing 150,000-metric tonnes of pellets per year.

And, also while touring the area, Smith visited Split Rail Brewing Company in Gore Bay where he announced $52,000 in funding to expand production capacity to meet the growing demand for their products.