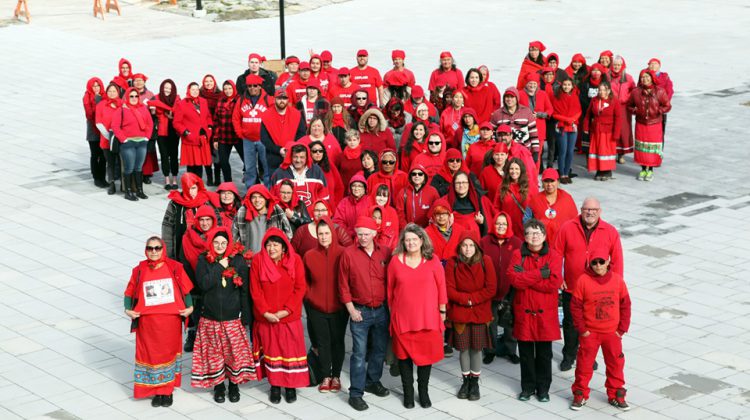 The Eighth Sisters in Spirit Rally was held in Sudbury this weekend to honour and remember not only missing and murdered Indigenous women and girls, but also gender diverse peoples. Photos supplied by Greater Sudbury Police Service.

Tom Davies Square in Sudbury was awash in red this weekend for a rally honouring and remembering not only missing and murdered Indigenous women and girls, but also gender diverse peoples.

The Eighth Sisters in Spirit Rally was organized in partnership with the Native Women’s Association of Canada and the Greater Sudbury Police.

The service’s Aboriginal liaison officer, Constable Shannon Agowissa says they hosted a Pipe Ceremony in Memorial Park followed by a walk to Tom Davies Square where she and others spoke of the importance of meeting the needs of those who have missing family members.

She adds they unveiled their Indigenous Women and Girls Missing Person toolkit, which assists police and families through the process when someone goes missing.

She says they continue to support our Looking Ahead Project in partnership with N’Swakamok Native Friendship Centre, funded by the Department of Justice Canada.

Agowissa told the crowd, “We are continuing a conversation that needs to be continued,” she said. “When I started doing work on the issue of missing or murdered Indigenous women, I realized how big of an issue it really is, and the root causes have been there for many, many years.”

A red dress serves as a symbol of all the women who are no longer there, and you will see red dresses hung at different times throughout the year, she adds.

“It’s about getting people to be aware of this issue, and the fact there’s still a lot of work left to do,” said Agowissa.

For more information about the toolkit and/or police programming, contact Constable Agowissa through the Greater Sudbury Police Service. 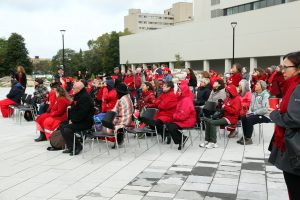 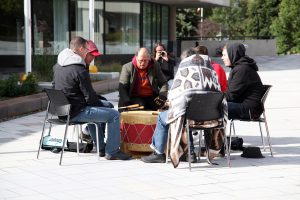 Cabinet Committee Update: Minister of Health says WHO is a collaborative organization