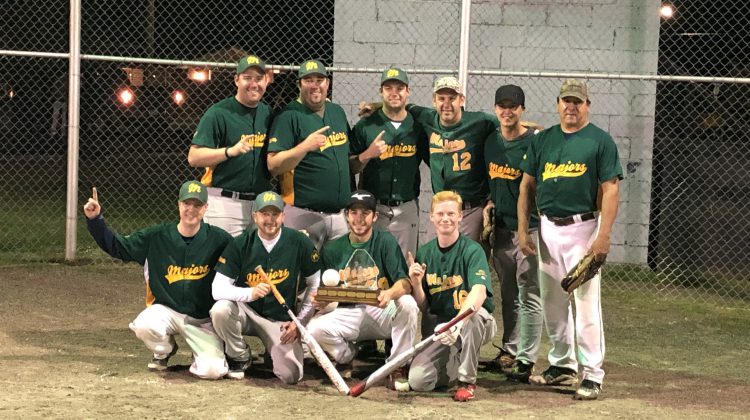 The Espanola Majors are once again the champions of the North Shore Fastball League. They took it all in three games straight against the Sagamok Smokers. Photo supplied by Leslie Campbell
The Espanola Majors have won the North Shore Fastball League finals once again.
The team beat out the Spanish Smokers last night with a 16 to 1 win in game three of the best of five series.