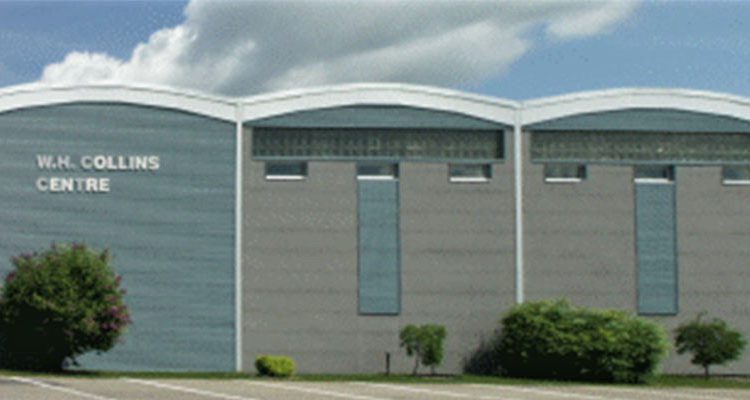 The Collins Hall sound and lighting system has been revamped to accommodate the Elliot Lake Entertainment Series following the collapse at the Lester B. Pearson Civic Centre. The theatre and museum areas of the centre were destroyed followed the collapse due to snow last winter. Photo supplied by the City of Elliot Lake.

The Elliot Lake Gallery will celebrate is the tenth anniversary in its new home located at the rear of the Sticks and Stones retail outlet at 151 Ontario Avenue tomorrow.

The gallery is hosting an open house from 4:00 pm to 6:00 pm to celebrate the new location.
The public is invited to come in, see the art and talk with some of the artists.

And, after the City of Elliot Lake invested in a new sound system, lighting, and other amenities, The Elliot Lake Entertainment Series will host their first concert of the season.

The systems will be tested for the first time this Thursday when Canadian musician, Jimmy Rankin takes to the stage at the Collins Hall.