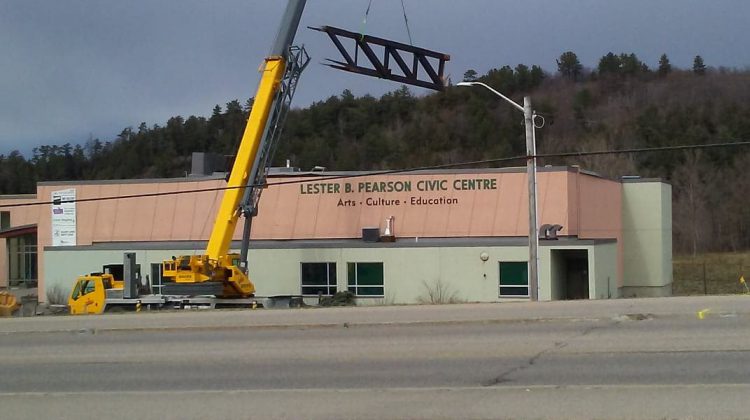 The Lester B. Pearson Civic Centre might see the wrecking ball depending on the outcome of discussions by city committees. Photo supplied by Sue Grieves.

The City of Elliot Lake is considering replacing the Lester B. Pearson Civic Centre.

Part of the roof over the theatre, museum and art sections collapsed last winter closing the building and forcing tenants to move elsewhere.

A complete assessment of the damage was done and now two city committees; the Museum Board and Arts & Culture Advisory Committee will have to make some decisions in regards to moving forward.

In a memo to the committees, CAO Daniel Gagnon says the collapse has forced the city to grapple with how and when to replace the arts and culture hub of the community.

He adds in the coming weeks, council will be forced to make a decision to either repair the civic centre or construct a new building.

Gagnon adds he is also waiting for the final settlement from the insurance company to see how much money will be available.

The committees will meet over the next few weeks to discuss the situation.