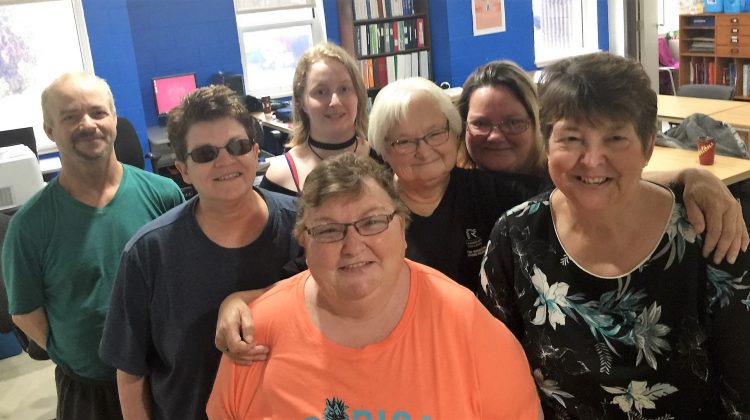 Julie Taylor is retiring after 18 years as the Upgrading Professor at Cambrian College’s Espanola campus. Her students appreciate all the work she has put into helping them improve their lives and accomplish their education goals. Photo by Rosalind Russell – MyAlgomaManitoulinNow.com staff Insert photos supplied by Cambrian College Espanola

Not everyone who graduates from Grade 12 is a teenager and the proof is in the pudding at this year’s Cambrian College’s Espanola campus, according to Upgrading Professor, Julie Taylor.

Taylor is retiring this year and is especially proud to see eight of her students graduate from Grade 12, more so since they are all adults ranging in age from their early 20s to their 60s.

Sue Ferguson, who heads up Employment Options and Satellite Campuses, says Julie is both a role model and a mentor in the classroom and she will be missed.

Taylor says she and her husband plan to go fishing, taking in some major sports events and enjoying her grandchildren.

Ferguson says she has been both a role model and a mentor in the classroom where she has been consistently approachable, knowledgeable, patient, and kind.

“She has ensured that each individual received the supports and encouragement that they needed to achieve their academic goals and she has always been willing to go the extra mile for her students.  Julie has made an impact on the lives of many students and will be dearly missed at Cambrian.”

Taylor began her teaching career in 1983. She oversaw the Espanola High School Night School and worked off and on for Cambrian College in the intervening years.

“No one in the family was a teacher, but I wanted to see what I could do. It has had its challenges, but I love it.”

Some of the challenges include the changes in technology, subject matter and curriculum materials, including books.

“It is amazing how students now use technology as part of their learning. We have 14 laptops and three I-pads, which are well used. Some students even bring in their own tablets.

“The subject matter is also challenging for our students, with the changes in curriculum and new information.”

She is proud of all her students no matter what age.

For example, Gerry Goodchild is 63 years old and is thrilled to finally get her Grade 12.

“She’s (Julie) is awesome. I couldn’t have done this without her. I love the challenge.”

Forty-nine-year-old Tammy Weist also got her diploma and is now looking at going to college to get a degree in business accounting.

Yet another, 50-year-old Dave Hunt, graduated from her Grade 12 class two years ago but continues to attend because he loves science and has a thirst to learn.

Taylor is also looking forward to seeing more of her children, Jeff and Samantha, and her two grandchildren, Sophia and Cole. She officially retires at the end of this month. 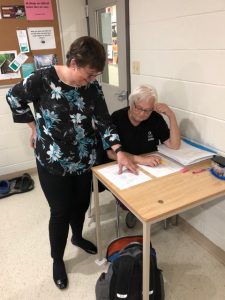 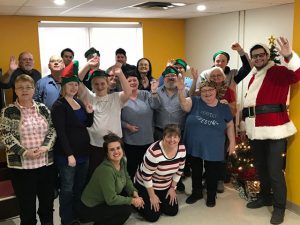