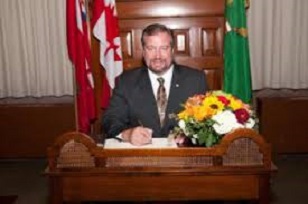 Mantha says that’s what the NDP is now doing with amendments to the Occupational Health and Safety Act when it comes to violence and harassment in the workplace especially in health care settings.

Mantha says in Ontario, all too often violence and harassment incidents are swept under the rug.

He says nurses and other health care workers are routinely told by their employers that physical and verbal harassment is just part of the job.

He adds the employees are told to just do their job and to keep the matter to themselves.

Mantha says this is simply wrong and that violence should not be part of the job.

The New Democrat says that’s why the NDP wants whistleblower protection for employees who speak out openly about violence and harassment in the workplace without concerns about being penalized.

Mantha says there are a number of ways to end these incidents.

An immediate approach is to have more staff and enhance security.

Other suggestions are making personal alarms mandatory, make changes to building designs, have a zero tolerance policy, simply the reporting of these incidents, use the criminal justice system, have better training and flag concerns as they come up.

Mantha says workers need to be encouraged to speak out about violence when it takes place and not remain silent.

He says it only perpetuates it.