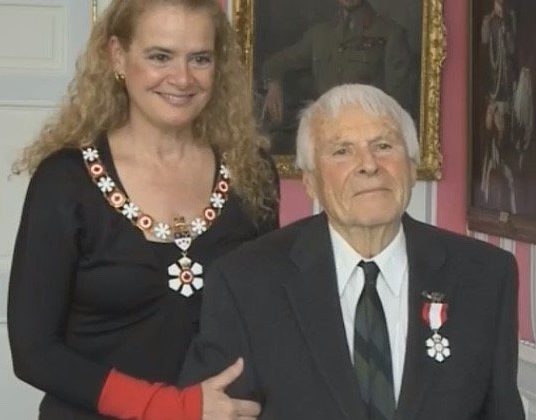 Austin Hunt, a longtime mayor of Billings Township on Manitoulin, is presented with the Order of Canada on Thursday by Governor General Julie Payette. Photo supplied

With the honour, also comes the title of being Canada’s longest-serving elected official in Canada as Mayor of Billings Township (Kagawong).

He is the same age at which Hazel McCallion, his closest rival for political longevity, retired as Mississauga mayor in 2014.
But, while both served into their ninth decades, Hunt started his career earlier, way back in 1953 as a campaign manager for former Prime Minister, Lester B. Pearson.