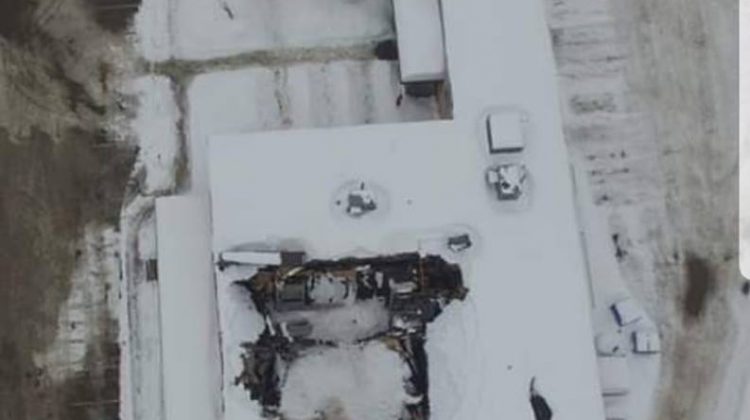 An aerial shot of the partial collapse of the Lester B. Pearson Civic Centre in Elliot Lake. Provided by City of Elliot Lake and DK Productions

Engineers will be on site this week to decide the best course of action in dealing with the partial collapse of the roof at the Lester B. Pearson Civic Centre in Elliot Lake.

Part of the roof over the theatre auditorium collapsed last Thursday night with one person suffering minor injuries.

City CAO, Dan Gagnon, says the engineers have been and will be on site to evaluate the damage.

He adds all the municipal properties including the Collins Hall, pool and arena were closed and clearing snow and ice off the roofs began on Friday.

The Recreation and Culture Department staff has relocated temporarily to City Hall and efforts are ongoing to resume recreation programs from alternate locations where needed.