Notable First Nation surgeon to be honoured in Sagamok-Anishnawbek FN 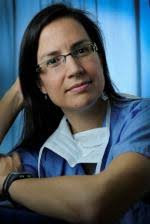 Dr. Nadine Caron, a well-known Canadian surgeon, who is also notable for being the first Canadian female general surgeon of First Nations descent, will be honoured in her home First Nation.

Ojibwe on her mother’s side, Dr. Caron will be honoured by her family’s home community of Sagamok-Anishnawbek First Nation, south of Massey.

She says she gained a great deal of strength from her mother who went to residential school.

She says her mom became a teacher, the first student to graduate from that residential school and then go on to post-secondary education.

She also learned a lot from her Italian immigrant father and her brothers.

Caron is not just a physician she is also a role model, teacher and innovator.

Caron says when it comes to being First Nations, she tries to balance that sense of responsibility and shift it when she can from being a role model to being a mentor.

She teaches at the University of Northern British Columbia’s medical school and also working with the university’s Centre for Excellence in Aboriginal Health to help improve the quality of care for the Aboriginal community.

She also works with Aboriginal youth as part of the Johns Hopkins University Visions Quest Program.

The community of Sagamok will honour her accomplishments on Thursday, May 17 with a themed dinner, “Past, Present & Future”, which will be held from 5:00pm to 9:00pm at the Multi-Educational Centre.