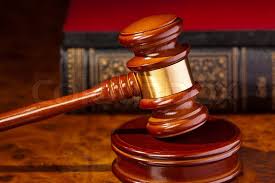 A Sudbury judge has been removed from the bench temporarily.

Justice John Keast has been suspended for 30 days after he was found guilty of judicial misconduct by the Ontario Judicial Council, which oversees judges.

In its decision, the council detailed the facts of the case.
The council stated he had communicated confidential information to a party; used his friendship to gain access to confidential information; expressed his views about the CAS matter of which he was handling as a judge; made inappropriate comments that could be perceived as indicating bias against the CAS; provided legal advice to his friend;  and sought to conceal the text messages from those who might be affected by the exchange of information which they contained.

In his favour, Keast took counselling, admitted fully to what he had done, and had an unblemished 17-year record as a judge.

In early January 2016, Justice Keast learned a young person whom he knows was at immediate risk of harm, the council stated in its written decision.

Between January and March 2016, Keast exchanged text messages with a friend who works for the Children’s Aid Society and it is the series of text messages that the two exchanged over the following three months that lied at the heart of the proceedings.

In addition to the suspension, Keast was ordered to apologize to the people he criticized in the text messages.