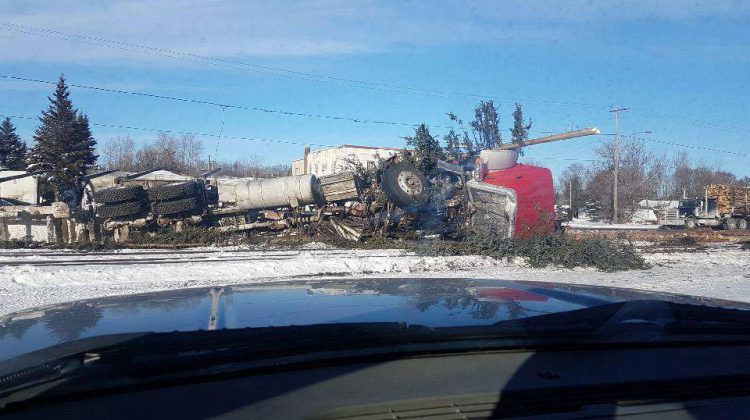 Highway 17 was re-opened to both lanes of traffic following an accident yesterday afternoon.

A transport that spilled all its logs held up traffic for a few hours yesterday afternoon on Highway 17.

The transport lost the load in front of the train station in McKerrow around 2:00pm.

There is a possibility that another vehicle was involved.

It is not known if there were injuries.

It took about three hours to clear the debris and open up the lanes to traffic around 5:00pm.