Starting over – night courses are a do over at College 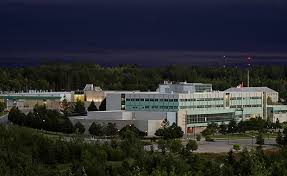 An Espanola woman says she has to start her college course all over again.

Heather Wilson has been improving her French speaking and literacy skills over the last two years, so she has been taking the French as a Second Language program at College Boreal.

“My course was cancelled halfway through and I am not getting any credit for work I’ve already done,” says Wilson.

Her tuition has been transferred to a new course starting in January, but she has to start from scratch.

And she gets no credit for the work already done.

“They would have refunded me my tuition, less a $10 administration fee, but I would have to sign up again for a new course for the winter semester.”

Wilson added all night classes were treated the same way, complete cancellations with no other alternatives offered.

Wilson is just one of thousands of students who are either going to have to take an accelerated, concentrated program this semester or wait until the new courses start in the New Year due to the strike.